So many have various opinions regarding Covid-19, how it started, where it came from. We’ve heard of bat eating people in China or rabid bats biting everyone, but my all time favorite was the 5G tower theory!

Many packs of morons proclaimed that 5G would compromise the immune system and cause all to become ill with Covid-19.  And some stated that the 5G technology could transmit the virus like particles.

Of course, scientists jumped in quickly to dispel this nonsense. Wait, did you read that… let me type it again, SCIENTISTS, you know highly educated individuals. 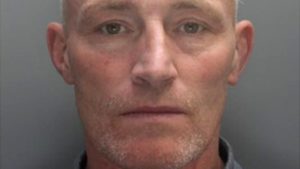 Though, its common knowledge that facebook warriors and message board bullies, know way more than a scientist.

Michael Whitty, a conspiracy theorist, had joined many online communities regarding 5G towers and the spread of Covid-19. His research led him to believe that for sure the 5G towers were responsible for the spread of the virus.

On April 5th at 9:45 pm, emergency services arrived to find a Vodafone-owned telephone mast had been set on fire in Kirkby, Merseyside, at the Liverpool Crown Court.

Whitty stated at the time that he had to  “to put the mast out of action”.

During the investigation, authorities found searches on Whitty’s phone for 5G technology and discussion forums. They also found photos of other phone masts throughout Liverpool.

The arson isn’t even the actual worst part of this mess… The worst is that Michael Whitty didn’t even know for sure if he had burnt a 5G tower and quite possibly just destroyed a 4G tower.

This is a special kind of stupid. But no worries, he’ll have plenty of time to think about his idiot actions while serving his 3 year sentence in jail!