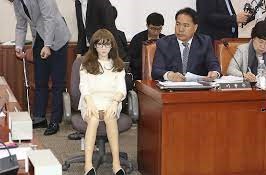 Seoul, South Korea officially lifts it’s ban on the import of full-body sex dolls. The debate has always been whether the government can interfere in an individuals private life this intensely.

In the past, customs would seize such dolls, stating that they harm the country’s beautiful traditions and public moral.

So… S. Korea has now joined the rest of the world and allowing the people of their country to buy and fuck sex dolls… Though, they did add some guidelines. The import of child-like sex dolls or dolls that resemble other people, aren’t allowed.

There are many other countries that ban child-like dolls as well…. U.S. Australia and the U.K.